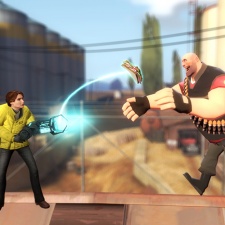 The studio revealed the news in a post on Twitter, in which the firm thanked all those who had played the title over the years. Garry's Mod was initially released as a mod – as the name suggests – for Valve's Source engine in 2004 before coming to Steam in November 2006.

The project is a sandbox game in which there is no story or goals; players can simply mess about with Source's physics as well as its assets.

On its first day in the wild, Garry's Mod shifted 5,729 copies and hit one million downloads in 2011. When we caught up with Facepunch founder Garry Newman in 2017, he revealed that the title had surpassed 13 million units earlier that year.

In the wake of Garry's Mod success, Facepunch released Early Access survival title Rust in 2013. Speaking to PCGamesInsider.biz in 2017, Newman said that he would "avoid Early Access like the plague."

Rust saw renewed interest earlier in 2021 when a number of popular streamers started playing the game. In January, the title hit a record 134,225 concurrent users, as well as 1.2 million simultaneous viewers on Twitch.