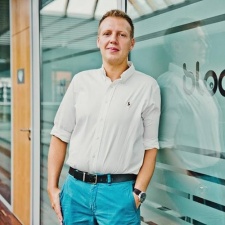 The duo announced they were working together on something, which may or may not be a new entry in the Silent Hill series of horror games. Officially, the duo is collaborating on the "development of contents" as well as exchanging "know-how".

Rumours that Bloober was working on such a project were circulating earlier this year, with that IP of course being owned by Konami. In February, Bloober Team announced it was working on a horror IP with a "very famous" publisher.

t is a historic day for me and the culmination of several years of our work," Bloober Team CEO Piotr Babieno (pictured) said.

"The fact that such a renowned company as KONAMI has decided to strategically cooperate with the Bloober Team means that we also joined the world leaders in gaming and became an equal partner for the leading players in this market."

Konami Digital Entertainment president Hideki Hayakawa added: "We have been providing unique entertainment content and ways to enjoy it through the use of latest technology. In the digital entertainment industry, significant changes in the business environment are expected in the future. We look forward to combining Bloober Team's and our respective characteristics and strengths to create high-quality contents."

Bloober is best-known for horror games Layers of Fear, Observer and The Medium. The company has previously said it wants to be the top dog in the genre.