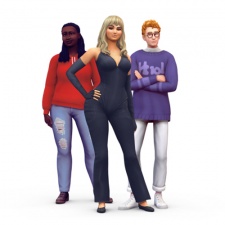 The publishing giant has announced the Sims Sessions, which will see songs performed in the franchise's iconic Simlish language. Grammy-nominated pop start Bebe Rexha is going to be playing some songs, while Dave Bayley from Glass Animals and singer, songwriter and producer Jay Oladokun are opening the event.

The festival is set to take place between June 29th and July 7th in The Sims 4.

“I’ve always been a fan of how The Sims empowers players to express their creativity with others in the game,” Rexha said.

“Sims Sessions will be a fun experience for fans from around the world to enjoy music and hang with friends in a way that only The Sims can offer. I’m so excited to return to the game and also can’t wait to see the fans posting their Simlish videos of Sabotage."

EA's president of music Steve Schnur added: “Sims Sessions is the next evolution of music in The Sims. Nowhere else can players hear and experience these exclusive performances by Bebe, Dave and Joy. With the self-expression destination that is Sims Sessions, EA will once again re-set the bar for gaming, music and global culture.”

Though The Sims has had a relationship with the music industry for some time, this does come in the wake of in-game concerts becoming popular in recent years. Fortnite has hosted events from the likes of DJ Marshmello and rapper Travis Scott, while it is hosting a concert with British group Easy Life on June 27th.

The Sims 4 has attracted over 30 million players since its debut in 2014.