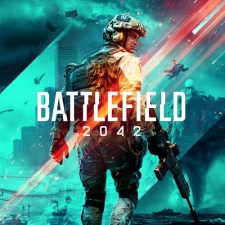 US publishing giant Electronic Arts has increased the number of servers for Battlefield 4 due to huge demand.

In a post on the company's website, community manager EA_Straatford wrote that the title had received renewed interest in the wake of the company revealing the next entry in the shooter franchise, Battlefield 2042. As a result, it was adding more server capacity for the US West region.

Battlefield 4 originally launched at the end of 2013.

"We were absolutely blown away by your excitement and reactions to the recent Battlefield 2042 reveal," EA_Straatford wrote.

"Since then, many of you have jumped back into Battlefield 4 to already get a taste of the return to all-out-warfare. We’ve been monitoring your experience and noticed queue times in the US West region were far longer than in other regions. Good news, we’ve increased server capacity for this region – you can expect less waiting, and more playing.

Battlefield 2042 was revealed earlier this month. Pre-orders for the game were the fourth most-purchased item on Steam for the week ending June 12th, dropping to seventh place the following week. Battlefield 2042 is set to launch in October.