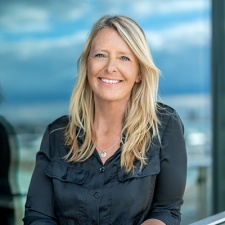 The new GM of DICE, Rebecka Coutaz, has said that the studio's sole focus right now is fixing Battlefield 2042.

Speaking to GamesIndustry.biz, the exec said that other projects – such as Mirror's Edge – are entirely on the backburner at the moment while the developer attempts to right the ship with Battlefield 2042.

The title launched in October 2021 and was plagued with a number of problems, including technical issues. In February of this year, publisher EA admitted that the game's sales were "disappointing".

"We are only focusing on Battlefield 2042," Coutaz said. "There is no time for anything else and this is what we want to do. In three years, we want to be the first-person shooter powerhouse that DICE deserves to be, and that is what we're going for."

She continues: "I want the team to be really proud about Battlefield 2042. That is what they are chasing and they have their heart and the passion there. We want to be really, really proud of DICE. We want DICE to be the number one spot for first-person shooter games in Europe, and one of the powerhouses in the world. It's a fabulous team. We're going to make magic together."

Following the launch of Battlefield 2042, there were a number of high-profile exits from the company. Head of design Fawzi Mesmar announced his departure in November and has since joined Ubisoft, while Coutaz's predecessor, Oskar Gabrielson, departed the firm in December 2021.

Respawn boss Vince Zampella has also been brought in to head up Battlefield.

Disclaimer: Alex Calvin is a freelance writer who has worked with DICE in the past.