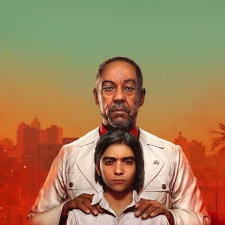 French publishing giant Ubisoft has said that the upcoming Far Cry 6 is a political game, in contrast to its previous statements on the matter.

In a blog post, the title's narrative director Navid Khavari said that the subject matter – guerrilla warfare on the Cuba-inspired fictional Caribbean island of Yara – is indeed tied to politics.

The developer previously said that Far Cry 6 wasn't intended to be "a political statement about what's happening in Cuba specifically", something that was in line with Ubisoft's previous remarks about many of its games not being political, despite adopting politics-drenched set dressings and talking points for many of its projects.

"Our story is political," Khavari wrote.

"A story about a modern revolution must be. There are hard, relevant discussions in Far Cry 6 about the conditions that lead to the rise of fascism in a nation, the costs of imperialism, forced labor, the need for free-and-fair elections, LGBTQ+ rights, and more within the context of Yara, a fictional island in the Caribbean. My goal was to empower our team to be fearless in the story we were telling, and we worked incredibly hard to do this over the last five years. We also tried to be very careful about how we approached our inspirations, which include Cuba, but also other countries around the world that have experienced political revolutions in their histories."

The narrative director went on to say that the Ubisoft Toronto team has spoken to many people who were involved in the Cuba revolutions in the 1950s and 1960s, as well as clarifying that Far Cry 6 attempts to capture the political complexities of the period. This is in line with previous remarks from Ubisoft CEO Yves Guillemot, who said that the company's games are intended to ask political questions, not answers. Later, Ubisoft Massive COO Alf Condelius said that politics is "bad for business."

Guillemot says Ubisoft's games are meant to ask political questions, but not give answers