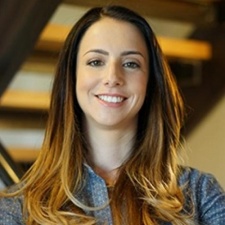 The games arm of JJ Abrams' Bad Robot production company has secured $40 million in its Series B funding round.

This was led by Galaxy Interactive, with Horizons Ventures, Iconiq Capital and Tencent chipping in, too. Bad Robot Games was set up in June 2018 and is a spin-off partly funded by the Chinese tech and entertainment giant Tencent.

"With this funding, we are able to build out both the studio and co-development sides of our operation, and create games that cross platforms, cross mediums and are based on IP originating from both games and linear content," Bad Robot Games CEO Anna Sweet (pictured) said.

Valve and Oculus vet Sweet was hired to head up the venture in July 2020, while former Left 4 Dead developer Michael Booth is heading up Bad Robot Games' internal studio.

The company also revealed that it has made some big-name hires, too, including Blizzard vet Joe Rumsey, who has joined as technical director, while Oneil Howell – previously of Avalanche Studios and Facebook – has come on board as senior level designer.