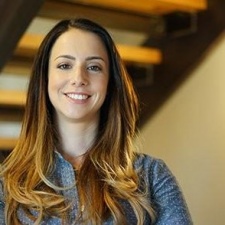 Sweet's career started at Microsoft, where she worked as a program manager and software development engineer between 2004 and 2007. From there she headed over to social network MySpace to lead its project management team for two years before her first stint in games, working as senior product and business development manager at Valve until 2015.

At that point she was hired by Oculus as its head of developer strategy, working there for almost two years before moving to parent company Facebook to be head of content for its SocialVR business. She left the social giant in April 2017 and took a new role as SVP of content and community for streaming platform Caffeine where she worked until March 2019.

She's also held a number of advisor roles for the likes of the Indie Megabooth, cryptocurrency-themed games storefront Robot Cache and Bonfire Studios.

“I first met Bad Robot 10 years ago during our collaborations while at Valve and have been huge fans of JJ, Katie and the team since then - as they represent one of the most forward-looking creative talents across all mediums,” Sweet said.

“As video games become a primary way to explore and experience new worlds and stories, I believe Bad Robot Games is uniquely suited to build something truly special and I am incredibly excited to be a part of the team.”

Bad Robot is the production company set up by film director JJ Abrams and has been the creative force behind TV shows like Lost and Westworld, as well as some of the movies in the Star Wars, Mission Impossible and Star Trek franchises.

Its games division was set up in 2018 with funding from Tencent and Warner Bros Interactive Entertainment. Previously Bad Robot had worked with Valve.