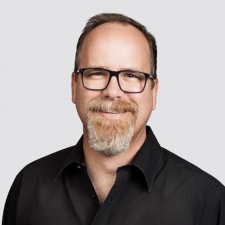 One of the creators of Left 4 Dead Michael Booth is heading up Bad Robot's brand new internal games studio.

Bad Robot Games was set up in 2018 with Chinese giant Tencent and Warner Bros Interactive Entertainment helping fund the new division. Bad Robot is, of course, the film and TV production company set up by JJ Abrams of Lost and Star Wars fame.

Booth is best known for creating the Left 4 Dead and Counter-Strike: Condition Zero at the studio he helped found, Turtle Rock. That company was bought by Valve in 2007. He worked at the firm until 2012, before taking a break and eventually landing a game director role at Blizzard.

In 2015, Facebook snapped him up to work in its virtual reality business. Earlier this year, he joined the board of VR developer Resolution Games.

"My career has been driven by a desire to innovate new ways of bringing people together for epic adventures online, leaving them with exciting stories they can tell their friends afterwards," said Booth.

"The games I create center around people working together to survive and thrive in fantastic worlds, which seems an excellent fit for J.J. Abrams' approach to moviemaking. As a huge fan of J.J.'s work, I'm incredibly excited by the unique opportunity to create something new at Bad Robot Games Studios in collaboration with the world-class talent at Bad Robot."