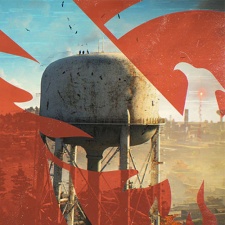 French publishing giant Ubisoft is releasing a free-to-play game set in the world of its The Division series.

Dubbed Heartland, this is set to launch in the 2021/22 financial year and will be available for PC and console, as well as "cloud platforms". It's not being developed by The Division studio Massive, but by Red Storm, who has worked on myriad Tom Clancy titles in its lifetime.

There's little detail as to what Heartland will actually entail, though no doubt we'll find out more next month at E3. The speculation is that Ubisoft is mimicking Activision's wildly successful strategy with Call of Duty, whereby there are premium regular releases sat alongside a free-to-play offering. In COD's case, this is Warzone, which has attracted 100 million users since its launch in March 2020.

“In the past five years, The Division has grown from a very ambitious project at Ubisoft to a world-renowned franchise reaching40 million unique players,” Ubisoft EMEA executive director Alain Corre said.

“We are very proud of what our teams have accomplished with this franchise and the amazing universe they have created. The potential and depth of this enables us to explore new and exciting content that will please loyal long-term fans of The Division and new ones alike.”

Since it made its debut in 2016, The Division franchise has attracted 40 million players.