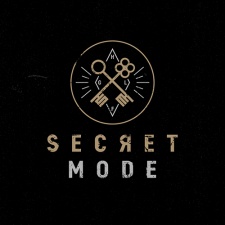 Secret Mode is intended to help games – either from internal staff or external developers – come to market. Sumo previously released indie title Snake Pass, a game that returned around 130 per cent of the company's investment between its March 2017 release and the end of 2018.

The venture is being headed up by Sega and Amazon vet James Schall, who has taken on a director of publishing role. He's being helped out by marketing boss Derek Seklecki, who is a fellow Sega alum and previously worked at Nintendo.

Schall says that the outfit is looking for fresh concepts that are "sticky" and fetching. He also says that it isn't just looking for games, but IP with some longevity. Oh, and they should also have the "umami factor," i.e. something inexplainable that makes something special.

“We want to break down the stereotypical publisher-developer relationship and create genuine lasting partnerships. We think our values and long-term ambitions will give every studio something to think about," Schall said.

“We will bring a fresh approach to the publishing scene, embracing creativity and experimentation, whilst being intuitively and commercially guided by the decades of experience we have within the Group.”

Sumo COO Paul Porter added: “We have previously published titles that have been created in-house, like Snake Pass, and have enjoyed some success with that. This is a natural progression of that process. Being developers ourselves, we know great teams want to focus on making the best game possible – without distractions. Secret Mode knows how to nurture developer talent, providing the resources and creativity to help make their creations fly.

“The guiding principles for Secret Mode are transparency and honesty. The team is driven to create something different and adaptive – building truly collaborative relationships with our developer partners that will endure. Combining our industry knowledge, connections, and passion for great games, Secret Mode has what it takes to help developers grow and thrive."