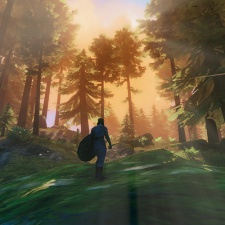 That's according to Engadget, which reports that the game has hit this sales milestone within five weeks of its release into Steam Early Access. Speaking to the publication, the co-founder of the title's developer Iron Gate, Henrik Tornqvist said that Valheim has outperformed its expectations considerably.

“We did feel modestly confident in that we had a game that would see some success and provide the means for us to continue development through the Early Access-period, but nothing on the scale of the success we’ve actually had,” Tornqvist said.

“It is a bit crazy actually, a once-in-a-lifetime hit, I think.”

He continued: “Not to sound too corny, but we’re just very happy that so many people are enjoying the game really. So a big thank you to all the people who have taken the game to heart.”

Valheim has been the best-selling title on Steam for the five weeks since it was released. The game shifted one million copies within a week of launch before passing the two million sales milestone in its first fortnight. By its 16th day in the wild, the survival game hit had shifted three million units, before surpassing four million downloads by the end of Week Three. Within a month, the game had passed five million copies.