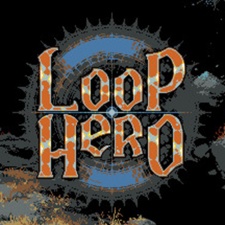 Devolver Digital's Loop Hero has charted in second place on Steam in its first week on Steam.

The indie title – from developer Four Quarters – launched on March 4th and debuted in No.2, coming behind Coffee Stain's Valheim. The Early Access survival game has been the best-selling release on Steam for the fifth week in a row with the title having sold more than five million copies since it was released at the start of February.

Valve's Index VR headset was the third highest-selling item on Steam for the week, dropping one place week-on-week, while Coffee Stain's Deep Rock Galactic took the No.4 spot thanks to a 35 per cent discount. In January, the title passed two million sales.

Pre-orders for Square Enix and People Can Fly's Outriders took fifth place for the week, rising two positions week-on-week. This is likely a result of chatter on social media about the upcoming shooter due to a demo for the game being rolled out recently. That was downloaded by two million people in its first week. Lightning Games' Tale of Immortal falls to No.6, while Hades from Supergiant returns to the Top Ten in seventh place.

Larian's Baldur's Gate 3 rose one place to No.8, while the Operation Broken Fang DLC for Valve's Counter-Strike: Global Offensive charted in ninth place. Dying Light: Enhanced Edition from Warner Bros rounds off the Top Ten in No.10 spot.