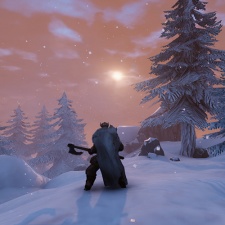 Viking survival title Valheim has sold more than three million copies since its launch at the start of February.

The Early Access game hit this sales milestone on February 18th, within 16 days of its release. This follows Valheim selling one million copies in its first week on sale, before hitting two million by its 13th day on the market. That means it sold one million copies in three days; as you can tell, sales are picking up.

“We were always working with the assumption that the EA launch would be somewhat successful, so I guess it does not really change our plans that much. Except that maybe we can afford a bigger office now," the CEO of developer Iron Gate Studio Richard Svensson said.

"I really love when fans make paintings, music and other creative works inspired by Valheim. I guess I like to inspire people to create stuff"

Coffee Stain Publishing CEO Albert Säfström added:“THREE MILLION?!! Already? This level of success is uncharted territory for Coffee Stain. Thankfully we have Daniel Kaplan, who was part of Minecraft's rise, on our team, as well as the truly remarkable developers at Iron Gate. We're excited to be on this journey together."

Not only is Valheim selling well, people are playing it a lot. When the three million sales milestone was hit, the survival game had a record of 390,000 concurrent players. Since then, it has smashed this, currently boasting a peak of 498,478 simultaneous users, according to SteamCharts. Valheim hit this milestone at 21:00 GMT on Sunday, February 21st.