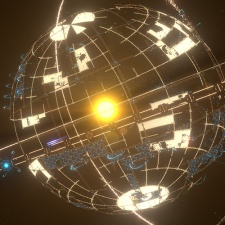 Chinese companies are having a good week on Steam, with titles made in this part of the world taking first and second place in the Top Ten.

Gamera Game's Dyson Sphere Program shoots to the No.1 spot from last week's No.4 while Early Access title Tale of Immortal from Lightning Games debuts in second place. The duo booted Facepunch's Rust from the top of the charts after three weeks at No.1. That title falls to fourth place.

Third goes to Valve's Index VR headset once again, while Cyberpunk 2077 holds steady at No.5 ahead of Ori and The Will of the Wisps in sixth. Developer Moon Studios and publisher Xbox's Metroidvania takes No.6 partly thanks to a 67 per cent price cut on Steam and the title winning the Outstanding Visual Style category in The Steam Awards 2020.

Both Rockstar's Red Dead Redemption 2 and Kinetic's Phasmophobia dropped one place to No.7 and No.8 respectively, as did the Operation: Broken Fang DLC for Counter-Strike: Global Offensive, which dropped to ninth.

Rockfish's Everspace 2 took second place last week but isn't in the Top Ten at all this time around.

Here is the Steam Top Ten for the week ending January 30th: