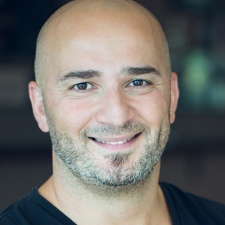 One of the folks in charge of the James Bond IP – Barbara Broccoli – apparently didn't think that previous video game adaptations of the British spy were "worthy."

That's according to the studio director of Hitman maker IO Interactive Hakan Abrak (pictured), who told Danish media outlet DR.dk that Broccoli wasn't on board with prior takes on Bond and felt that they were "violence for the sake of violence."

Abrak said that IO spent two years working on its pitch for a James Bond game, dubbed Project 007, in order to get these stakeholders on board. What Broccoli meant exactly isn't exactly clear, but it's possible that she felt previous 007 games leaned too far into mindless shooting than the other aspects of the Bond films. The more elegant and subtle manner in which IO handles violence – and espionage in general – in its rebooted Hitman franchise is closer in tone to how 007 acts in the film series.

The IO studio head also said that this title will feature a "completely original story," going on to state that he “could easily imagine that a trilogy could come out of it.”

News that IO Interactive had scored the James Bond license broke in November 2020. There's no word on when this release will be out.