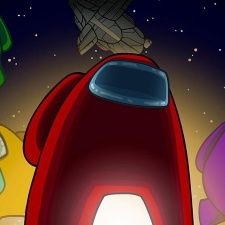 The developer of Among Us Innersloth has explained why updates for the multiplayer smash hit have been slow coming.

In a post on Itch.io, community director Victoria Tran wrote that game's success took the studio by surprise and that it took time for the company to adjust to the increased demands required of them.

Among Us debuted in 2018 for PC and mobile devices with limited success. In 2020, the game saw an explosion in popularity, with Innersloth looking to introduce new infrastructure like an accounts system to manage the game's community and help fight cheating in Among Us. Innersloth said that this new addition was set to launch as early as December of last year, a deadline that has now been missed.

In order to work on this new content, the studio has made a number of hires, too, including Tran.

"Among Us gained incredible traction pretty late into 2020 that we weren’t expecting, and that meant A LOT of change for us," Tran wrote.

"Not to dive into too much organisational stuff, but not only did we need to switch back to working on Among Us after thinking it was done, but we also needed to set ourselves up more sustainably to work on the game. We had to spend 2 months just restructuring, figuring out new processes, and getting external partners to help us manage on board. Originally it was just three friends working together (and now I'm here to make four, hi), but if we wanted this to work long term and hire up, we needed to streamline things. It’s all behind the scenes work, and while it meant time away from the game, it’ll make it easier for current and future us to develop the game better. Not to mention additional platforms (like Nintendo Switch and Xbox) means more support, certifications to go through, and whatnot. We have help from our porting partners for that, but it still means we need to make sure future things we do are supported on those platforms. There’s a ton of other things out of our control (legal issues, meetings, planning), so sometimes these things take longer as well."

Among Us was one of the highest-grossing games on Steam last year. Innersloth cancelled work on a sequel to its smash hit to work on improving the original title.