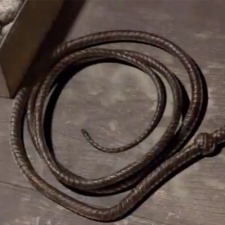 Elder Scrolls maker Bethesda is working on a game based on the Indiana Jones IP.

Announced via a video on Twitter, the publisher revealed that the project is being handled by its MachineGames studio, best-known for the modern Wolfenstein games. This title is being created in collaboration with Disney's newly-reformed Lucasfilm Games division.

There aren't many details yet, save for the fact that Bethesda's Todd Howard is apparently an executive producer on the project. The company did warn that it will be some time before there was any more information to share, however.

"As huge fans of the franchise, it’s a tremendous honor for us to create a brand-new Indiana Jones game with a completely original story. We’re very excited and can’t wait to share more in the future."

In September of last year, Microsoft announced that it was buying Bethesda for $7.5bn.