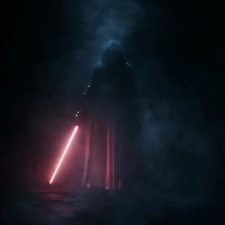 Development on the seemingly troubled Knights of the Old Republic remake has reportedly moved from Aspyr to Saber Interactive.

Bloomberg reports that work is being shifted to the latter's Eastern European studios.

This comes in the wake of reporting that development on the project was on pause due to the fact that it was not up to the standard that Aspyr parent company Embracer Group or licensor LucasFilm expected from the project. At the time, both design director Brad Prince and art director Jason Minor were fired. Both were veterans of BioWare, with Prince having worked on the original Knights of the Old Republic. Minor, meanwhile, was a developer on the Star Wars: The Old Republic MMO.

In Embracer's recent financial report, the company said that one of its triple-A projects had moved from one studio to another within its group, though did not name this. It seems that this was in fact KOTOR. The firm says it doesn't anticipate any delay in the project, which was initially meant to be released by the end of 2022. It's probably unlikely this won't happen.

Embracer Group has 69 unannounced titles in the works

Embracer announces acquisitions including Lord of the Rings IP