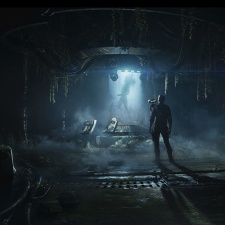 The title is a sequel to 2019's Jedi: Fallen Order and is once again being helmed by Respawn Entertainment. Survivor continues the story of Cal Kestis and is set to launch in 2023.

“Even before completing Jedi: Fallen Order, our team had a vision of how to carry the adventure for Cal, BD, and the crew into the sequel,” the game's director Stig Asmussen said.

“For Jedi: Survivor, we are working in lockstep with Lucasfilm Games to build on the legacy of Jedi: Fallen Order. We’re leveraging advanced technology to create more dynamic Jedi combat and cinematic storytelling to expand on Cal’s story as he matures and survives during the dark times. We can’t wait to share more about the game with the world later this year.”

Lucasfilm Games VP Douglas Reilly added: “Millions of Star Wars fans have been captivated by the story of Cal Kestis, and we’re thrilled to be working with the world-class developers at Respawn to continue this epic tale. We could not be more excited to reveal Star Wars Jedi: Survivor and this next chapter of Cal Kestis’ journey with players around the world.”

This is one of the three new Star Wars games that Respawn is currently handling; the other two are a new first-person shooter title, while the studio is overseeing a strategy game from Bit Reactor, too.

Following its 2019 release, EA claimed that Jedi: Fallen Order was its top-selling Star Wars title on PC to date.

From 2013 until earlier this year, EA had the exclusive Star Wars games rights for console and PC titles. That changed in 2021, with Disney reforming Lucasfilm Games and revealing it was working on Star Wars projects with Ubisoft and Quantic Dream on upcoming releases.