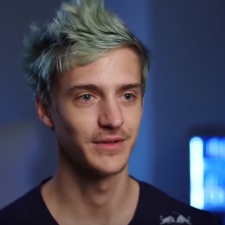 As reported by GamesIndustry.biz, an amendment from the House of Representatives to the Consolidated Appropriations Act, 2021 would make it illegal for someone to broadcast copyrighted work. This comes with the penalty of a 10-year prison sentence for a second offence.

This legislation was previously proposed by Republican senator for North Carolina, Thom Tillis. It also includes measures to create a Copyright Claims Board focused on small claims.

These new additions to a bill designed to make life easier for those whose lives have been impacted by the COVID-19 pandemic are likely a "poison pill" designed to screw over the Democrats pushing for coronavirus relief. The bill also sees an increase of $300 per week for those on unemployment.

It would definitely make the relationship between streamers – such as Ninja (pictured). Look we needed a lead image for this article and he's a big streamer, deal with it – and publishers much more tense. There has been a long-running debate about the objective legal realities of people building careers by broadcasting other people's works. Streamers and influencers have, broadly speaking, become part of the marketing push for video games; they promote releases to an avid audience of millions.

Were this proposed legislation to become law, then developers and publishers would have the ability to take legal action against personalities for streaming their IP. Of course, not all companies would do this; many see the value of streamers and YouTubers, but it definitely gives these firms a pretty formidable weapon should an influencer get on the wrong side of them.