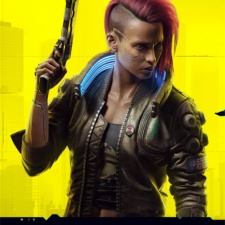 Polish games firm CD Projekt has said that streamers will have the ability to turn off copyrighted music in the upcoming Cyberpunk 2077.

Speaking in the latest Night City Wire promotion video, the studio's UK comms boss Hollie Bennett said that influencers would be able to disable copyrighted music in the eagerly-anticipated RPG to stop them being hit by DMCA strikes.

"We know that for content creators, licensed music can sometimes be problematic," Bennett said. "So with this new mode, you’ll be able to disable a small number of selected tracks which could cause some issues, replacing them with a different song, helping to avoid any problems.”

This isn't such a new policy as you might think. Games have been allowing YouTubers and streamers to disable copyrighted music for some time now; Remedy introduced this feature in 2016's Quantum Break.

But this news does come in the wake of Twitch temporarily banning a bunch of streamers as the result of DMCA as the result of music that appeared in their broadcasts from the games they were playing.

Cyberpunk 2077 is set to launch on December 10th following a three-week delay.