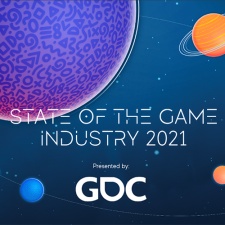 Almost half of game developers have delayed their projects due to COVID-19 pandemic.

That's according to the annual Game Developer's Conference survey, which says that 44 per cent of respondents said that they had bumped their game due to the on-going coronavirus pandemic. That's a substantial increase on the 33 per cent of studios who said that they had delayed their games as a result of COVID-19, but it's worth noting that the 2020 survey would have been conducted early in the pandemic when the fallout wasn't as visible.

49 per cent of respondents in the GDC 2021 survey said that they had not delayed their games, with the remaining seven per cent saying they were not working on a game at the moment.

Over half – 51 per cent – of respondents to the survey said that game workers should unionise, while 14 per cent said they should not. 24 per cent said maybe, while another 10 per cent isn't sure. Surely those last two are the same thing, but whatever.

As to whether games developers will unionise, it's a much grimmer picture. 43 per cent of respondents said "maybe", while 23 per cent said no. 20 per cent said yes, with 14 per cent not knowing.