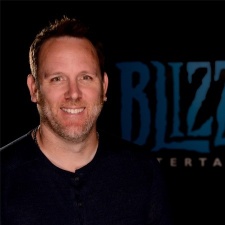 Development giant Blizzard has said that it will no longer be making new content for its sci-fi strategy smash hit, StarCraft II.

The news was revealed In a post from executive producer Rob Bridenbecker (pictured), who said that from now on, the team won't be developing new updates for the title, but instead would be focusing its efforts on what the game's most loyal fans care about.

"As many of you know, Blizzard continues updating its games long after the initial release—some of you will remember that we were actively patching the original StarCraft more than 10 years after it first hit store shelves," Bridenbecker wrote.

"This year we celebrated 10 years of StarCraft II with one of our largest-ever patches, with massive updates to the editor, Prestige Talents for Co-op Commanders, and gameplay improvements delivered to players worldwide.

"We’re going to continue supporting StarCraft II in the same manner as we have with our previous longstanding games, such as Brood War, focusing primarily on what our core and competitive communities care about most. What this means is that we’re not going to be producing additional for-purchase content, such as Commanders and War Chests, but we will continue doing season rolls and necessary balance fixes moving forward. On that last note, we’re not planning a Q4 balance update given that we did one a few months ago, but as always, we do plan to continue doing them as needed in the future. StarCraft II esports, which is part of the highest echelon of professional competitive gaming, will also continue going strong as it has been through our partners ESL Gaming and GSL."

StarCraft II: Wings of Liberty debuted in July 2010, with the Heart of the Swarm expansion pack launching in 2013. Two years later, standalone expansion Legacy of the Void was released, before the Nova Covert Ops series of mission packs came out in 2015.