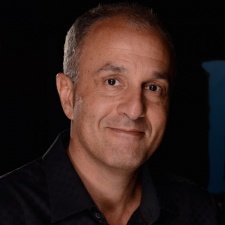 US publishing giant Blizzard has said that after the launch of Diablo 2 Resurrected it will be releasing new kinds of content.

Speaking to Cnet, the company's SVP Allen Adham (pictured) said that it had remastered most of the games it wanted to and that it already had "new teams working on new games, new game types."

This news comes after Blizzard announcing a remastered version of Diablo 2 in Resurrected at the recent BlizzConline, which came in the wake of updating other titles including World of Warcraft, Warcraft 3: Reign of Chaos and StarCraft.

"It's worth pointing out we're now pretty much out of things to remaster," said Adham. "So going forward, you can expect to see some new stuff."

"We used to release a game and maybe patch it once or twice, then we were on to the next game. Now we're in this new always-on live operating world … So that means that dev cycles are longer, dev teams are larger and the demands of running our existing successful games are larger -- it takes longer now to get the next new thing out.

"But just to be crystal clear, our development pipeline today is as rich as it's ever been. And we have new teams working on new games, new game types."

Diablo 2 Resurrected is being developed by Vicarious Visions. The studio was moved from Activision to Blizzard earlier this year.