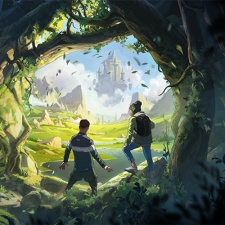 US games publisher Blizzard has revealed that it is working on a brand new survival game IP.

The news was announced in a post on Twitter advertising for people to come work on the project. This would be the first new property that Blizzard has worked on since 2016's Overwatch. There's no word who is leading the project, but Bloomberg's Jason Schreier has noted on Twitter that even the most disillusioned Blizzard staff are excited about it.

"Blizzard is embarking on our next quest. We are going on a journey to a whole new universe, home to a brand-new survival game for PC and console," the firm wrote.

"A place full of heroes we have yet to meet, stories yet to be told, and adventures yet to be lived. A vast realm of possibility, waiting to be explored."