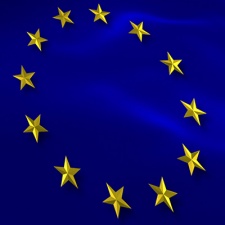 The European Commission (EC) claims that Valve and a number of other publishers are in breach of EU anti-trust laws.

In a statement on its website, the body says that it has sent Statements of Objections to the Steam company, Bandai Namco, Capcom, Focus Home, Koch Media and ZeniMax over their use of geo-blocking keys. This stops users outside of a specific region activating a game key, including Czechia, Estonia, Hungary, Latvia, Lithuania, Poland and Slovakia, as well as "in some cases", Romania.

This, the EC alleges, means that consumers have been prevented from buying cheaper games from other places in the EU.

Furthermore, the EC claims that Bandai Namco, Focus Home, Koch Media and ZeniMax broke further anti-trust laws by having "contractual export restrictions" in their agreements with other distributors than Valve.

"In a true Digital Single Market, European consumers should have the right to buy and play video games of their choice regardless of where they live in the EU. Consumers should not be prevented from shopping around between Member States to find the best available deal," said commissioner Margrethe Vestager, who handles competition policy.

"Valve and the five PC video game publishers now have the chance to respond to our concerns."

Valve has released a statement on the EC's commission, saying that region locking only applies to a small portion of total sales on Steam.

"Approximately just three per cent of all games using Steam (and none of Valve's own games) at the time were subject to the contested region locks in the EEA (European Economic Area)," the company said.

"Valve believes that the EC's extension of liability to a platform provider in these circumstances is not supported by applicable law. Nonetheless, because of the EC's concerns, Valve actually turned off region locks within the EEA starting in 2015, unless those region locks were necessary for local legal requirements (such as German content laws) or geographic limits on where the Steam partner is licensed to distribute a game. The elimination of region locks will also mean that publishers will likely raise prices in less affluent regions to avoid price arbitrage. There are no costs involved in sending activation keys from one country to another and the activation key is all a user needs to activate and play a PC game."