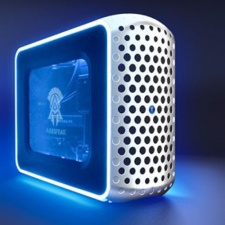 As reported by local news outlet PC Watch – and spotted by Tom's Hardware – the company's Konami Amusement division is now taking pre-orders for the Arespear PCs. These are set to launch in September.

Though in the West, we know Konami as a computer games computer, in Japan, it's a far-reaching business that operates gyms and gyms.

Last year, the firm said that it had dreams of being a global leader for esports and rebranded its flagship Pro Evolution Soccer franchise as eFootball PES. Konami is also building a 12-story esports centre in Tokyo.