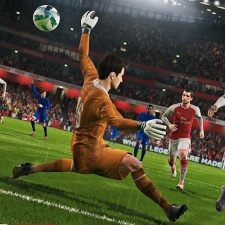 Konami is hoping to breathe new life into Japan’s esports scene with a new 12-storey dedicated space in downtown Tokyo.

Siliconera reports that The Konami Creative Center, set for completion alongside the Tokyo Olympics in 2020, will be wholly devoted to competitive gaming. It will reportedly house its own esports arena, a merchandise and equipment store, and will run regular classes and training sessions.

The publisher hopes the new high-rise will help kick Japan’s esports scene into gear, having failed to capitalise on pro gaming in the same way as South Korea, Europe or the United States.

But catch-up isn’t the sole goal of the KCC. Konami president Kimihiko Higashio believes the building will help to normalise esports in the public eye and bring the scene further into mainstream culture.

"The people who participate in esports will in the future, stand side by side with those participating in real-life sports like soccer, or even surpass them," said Higashio during a brick-laying ceremony.

"Compared to esports pioneers America and Europe, Japan has still a long way to go. However, looking from another angle, it means Japan has lots of room for growth."

Konami isn't the only firm looking to push esports potential in Japan. Playbrain recently raised over $2 million in a move to drive competitive League of Legends in the country.