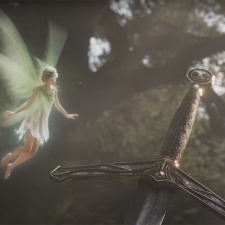 It's official! UK game developer Playground Games has been working on a new entry in the Fable series.

The title – simply called Fable – was announced at Microsoft's Xbox Series X showcase yesterday (Thursday, July 23rd). It's set to come to both PC and the Big M's new console, and will be available in Game Pass. There's no release date yet.

This follows reports over the last two years that said the Forza Horizon developer was being tasked with working on a new title in the iconic franchise. Playground set up a second studio in 2017 and was hiring for an open-world RPG, with the view to double its overall workforce.

Microsoft bought Playground in 2018, alongside Ninja Theory, Undead Labs and Compulsion Games. It also set up a new studio in Santa Monica called The Initiative.

It's been some time since a new entry in the Fable franchise came out. Series creator Lionhead was working on a project called Fable Legends for Xbox One and PC. The title was cancelled in March 2016, with the studio being shut at the same time.

As a result, there are mixed feelings for some about Microsoft's decision to creator a new Fable game with a UK studio so shortly after the Xbox firm decided to can Lionhead.

You can check out the trailer for this new Fable title below: