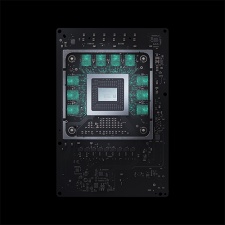 Software and games giant Microsoft has said that it will be showing off its new Xbox Series X console next week.

In a post on Twitter (below), the Big M revealed that it will be holding a special episode of Inside Xbox, in which it will be showcasing gameplay from some of its third-party partners. This will be broadcasted at 4pm BST/11am ET/8am PT on Thursday, May 7th.

French publisher firm Ubisoft has already said that it will be debuting footage of its newly-revealed Assassin's Creed Valhalla at the event.

There's no word on whether any of Xbox Game Studios' first-party developers will be showing their projects at the event. It's rumoured that UK-based Playground Games – of Forza Horizon fame – is working on a new entry in the Fable RPG series, while Microsoft's new Santa Monica studio The Initiative is suggested to be working on an existing Xbox IP, reportedly Rare's shooter Perfect Dark. Oh, and there's also Ninja Theory's recently-revealed experimental horror title, Project Mara, as well as the studio's follow-up to 2017's hit Hellblade.

Microsoft is having a good time of it at the moment, reporting a record 90m Xbox Live monthly active users – up from the previously-reported 65m – while the company has attracted 10m subscribers to its Game Pass service.

Check out First Look next-gen gameplay from our global developers partners within #InsideXbox on Thursday, May 7 at 8am PT. pic.twitter.com/xVdgIeRBJX