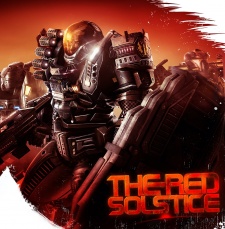 It feels like an age since we began hosting digital pitches in response to the global situation. However, despite the circumstances that necessitated this move, our digital pitches have only gone from strength to strength. Allowing to host an ever-increasing range of diverse brand new gaming experiences from some of the world's most exciting indie developers.

Most recently that meant hosting The Big Indie Pitch as a part of the second Pocket Gamer Connects Digital conference. A conference that welcomed over 1,400 virtual visitors representing almost 680 companies and 68 countries from across the globe.

Once again, the demand was so high for these pitches, with this meaning that the quality was as strong as ever. All in all, this meant that we were still able to bring together 15 of the most exciting indie developers from all over the world to showcase their latest works to some of our most established judges and journalists.

Given the amazing talent, we had just waiting for an opportunity, this meant that there was lots of feedback from the judges, and an equal amount of positivity in the voting. In fact, the judging was so close that for the first time ever the judges wanted to name not one, but three honourable mentions alongside the top three. A fact that just highlights the amazing talent on display.

Set 117 years after the end of the Earth, The Red Solstice 2 is a sci-fi experience that places you within the shoes of a group of survivors who oppose the power of the corporations that seek to assume to take control of the last remnants of humanity. That's not all though, as aside from these nefarious corporations, the survivors will also have to contend with finding a potential cure to the deadly virus that has pushed mankind to the brink of extinction.

Gameplay takes the form of strategy crossed with real-time combat, meaning that you'll need to think on your feet to survive. Of course, as with any strong strategy game players will be able to customise their loadout alongside their team, whilst also giving players full control of their strategy on the battlefield.

Negative Nancy is a game for all those people who hate their jobs and want to break free and take control of their life again. You see, in this game, you take control of Nancy, a retail clerk at Megamart who is constantly hounded by incompetent bosses, demanding friends, and insane customers, and is now ready to use the most powerful word in her arsenal against them all - No.

Originally conceived as an experimental title last year, the developers decided to take the game and develop it into a fully-fledged title after having widespread positive coverage across YouTube from influencers. Now aiming for both a Steam and Nintendo Switch release, Negative Nancy promises to be a unique satirical game filled with charm and social commentary.

3rd Place - The Harvest by The Breach Studios

The Harvest is a game that looks to give a brand new take on the traditional class-based shooter. Within the game, you will fight alongside teammates from a range of different civilisations as you battle to take control of the universe's essence.

Control is a keyword in The Harvest, as you'll also have control over your combat style and your abilities thanks to a range of different abilities and combat styles. What's more, the game goes even further thanks to the dynamic class-based systems. All in all, for anyone who is a fan of playing a game your own way, this is certainly one to watch.

Project Leo is an advanced physics-based rally racing game, set within the picturesque English countryside. Within the game players will be able to rally across highly detailed rally stages in order to test their mettle on dirt, gravel and asphalt surfaces.

Not only does the game look gorgeous and incredibly exciting for only 7 weeks work, but it also already has a number of great little touches, such as drift effects, gravel spray and even social distancing crowds. All of which helps to truly bring the game to life. Through Project Leo, North Breeze Entertainment hopes to offer fans of cars, racing and rallying alike a high quality yet affordable title filled with life and precision.

Forge and Fight! does exactly what it says on the tin and much much more. Within the game, players take the role of a blacksmith gladiator who can not only craft over the top weapons but is equally skilled at wielding them in the online arena.

With 40 unique weapon parts to use from, alongside power-ups and a diverse arena to battle in, Forge & Fight takes the best of the recent battle royale titles and then adds a much-needed array of customisation over the top in order to make a game where truly no one battle is the same as another.

Mechinus is a clockwork adventure set in a highly stylised mechanical ecosystem. It's a game with lots of emotion and personality, alongside what promises to be highly engaging and deep puzzle platforming gameplay.

Unfortunately, that's all we can reveal at the moment as former Big Indie Pitch runner-up Huey Games is going to be revealing the game officially in the near future. but trust us when we say, you should definitely pay attention to this one.

Plus the rest of our 2020 digital season to be announced in the coming weeks. So make sure to regularly check our upcoming events page here and over on BigIndiePitch.com.