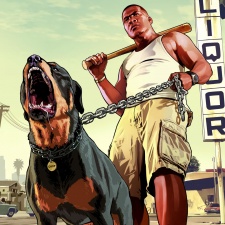 It looks like Take-Two is preparing to launch something huge in the 12 months ending March 31st, 2024.

That's according to the company's 10-K filing with the United States Securities and Exchanges Commission, which points to the Rockstar parent firm planning to spend $89m on marketing for the 2023/2024 financial year. That's double the spending for the previous two years.

“We are not sure how much we should be reading into this shift, but we would note that this disclosure accurately predicted the launch of Red Dead Redemption 2 prior to that game’s announcement,” Cohen wrote.

“[Take-Two management] has spoken very confidently about the pipeline over the next five years and existing live services execution has been excellent. However, the timing of the next Grand Theft Auto remains top-of-mind for investors, particularly with the stock near all-time-highs.”

In its 2019/20 financial call with shareholders last week, Take-Two said that it planned to launch 72 PC and console games by 2025. Grand Theft Auto 6 is – unsurprisingly – reportedly in the works already. This will be a "moderately-sized" title on launch, with Rockstar expanding upon the project over time.