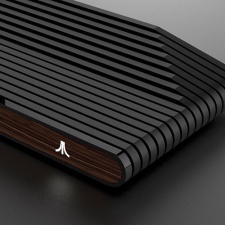 The co-creator of Microsoft's Xbox Rob Wyatt is taking Atari to court, alleging that the company hasn't paid him for work done on its VCS console.

As reported by VentureBeat, Wyatt's company Tin Giant says that it agreed to work on Atari's machine on June 26th, 2018. The industry vet says he fulfilled his side of the deal and filed $261,720 worth of invoices. In October of last year, Wyatt asked for his money but hasn't heard back from Atari. The lawsuit was filed in federal court in Colorado, with Tin Giant claiming it is owed at least $261,720.

In addition, Atari has apparently said that Tin Giant was responsible for the VCS console, something that Tin Giant refutes. Atari CEO Fred Chesnais declined to comment on the story.

“In fact, it was Atari’s own mismanagement of the console project that was the cause of or reason for the delayed launch,” it reads.

Tin Giant worked on the VCS console until last year when he quit as its lead architect.

The machine, then called the Ataribox, started life in 2017 with Feargal Mac Conuladh at the helm. At the end of that year, Atari was saying that its hardware would succeed where Steam Machines failed. Mac Conuladh quit at some point with Atari pausing the project. The promised crowdfunding push was delayed in December 2017.

At GDC 2018, the company announced that it had been revived as the VCS. Pre-orders for the machine launched in May 2018 but it wasn't long before Atari was back in hot water again. The Register published an interview with the company in which the firm was unable to answer a lot of basic questions about the VCS. The outlet released the audio of the exchange after Atari screamed fake news over the piece.

The VCS was delayed yet again in December 2019. If the machine ever makes it out, Atari has said that it will offer a huge 88 per cent royalty for developers publishing exclusively on the platform.