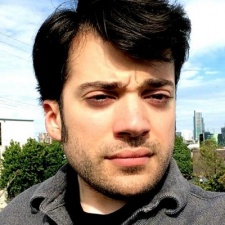 Campo Santo's forthcoming In The Valley of Gods is on hold even after Valve's Half-Life: Alyx has been released.

Speaking to PCGamesN, designer Chris Remo (pictured) said that the project isn't being developed at the moment. The Firewatch maker was bought by Valve back in 2018 following In The Valley of Gods' reveal at the 2017 Game Awards.

At the end of 2019, it was revealed that Campo Santo staff were moved to working on other Valve projects, such as the VR-exclusive Half-Life: Alyx and auto battler title Dota Underlords. As a result, In The Valley of Gods was delayed from its original 2019 release date.

“We were working on it when those of us from Campo Santo came up to Valve, and something we found over time was, in contrast to working on that game, Valve was a place with a lot of teams, a lot of projects, a lot going on," Remo said.

“There wasn’t really ever like a particular moment or decision or anything, but people have been working on other things here at the company. I worked on Underlords for a bit. I’ve been working on Half-Life: Alyx now for a while. We just eventually came to a conclusion as a team like, ‘Oh, it looks like we’re all kind of working on other stuff right now. Let’s put this thing on hold for a bit and figure out over time what that means.’ Really, that was about it.”

Valve buying Campo Santo seemed to be part of a new push for game development at the company. The firm released collectable card game Artifact in November 2018, though it has had to go back to the drawing board on that one, while the firm also released auto chess title Dota Underlords in Early Access in June 2019 ahead of a 1.0 launch in February of this year.