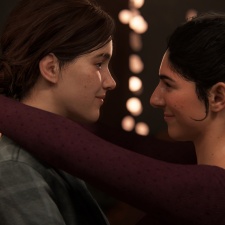 Naughty Dog's award-winning Survival-horror masterpiece The Last of Us will have its own HBO TV series.

As reported by the Hollywood Reporter, Craig Mazin - known for the Chernobyl series - and writer and creative director of the game - Neil Druckmann - will work together to bring Ellie and Joel's story to television.

Naughty Dog's president Evan Wells and Carolyn Strauss will be the executive producers.

The upcoming show is said to cover the events of Naughty Dog's title - penned by Druckmann. Due to the upcoming sequel, there will be room for the TV show to expand further.

"Neil Druckmann is without question the finest storyteller working in the video game medium, and The Last of Us is his magnum opus," said Mazin in a statement.

"Getting a chance to adapt this breathtaking work of art has been a dream of mine for years, and I'm so honoured to do it in partnership with Neil."

Druckmann added: "From the first time I sat down to talk with Craig I was equally blown away by his approach to narrative and his love and deep understanding of The Last of Us.

"With Chernobyl, Craig and HBO created a tense, harrowing, emotional masterpiece. I couldn't think of better partners to bring the story of The Last of Us to life as a television show."

The Last of Us won several Game of the Year Awards and is widely regarded as one the best games in recent generations. Over 17 million copies of the apocalyptic title were sold across both PlayStation 3 and PS4. In January 2020, a job listing for The Last of US 2 hinted at a potential PC release.

"This is an incredibly exciting opportunity for us to partner with Craig, Neil, Carolyn and the teams at Sony, Naughty Dog and PlayStation to bring the virtual world of this acclaimed game to life," said HBO programming president Casey Bloys.

Sony Pictures Television Studios co-president Chris Parnell added: "This is the first of many shows we intend to develop with our friends at PlayStation Productions.

"The Last of Us is a brilliant achievement in storytelling and character development, and we are lucky to have the opportunity to work with this team to adapt it."

The Last of Us isn't the first game to be adapted to a TV show. In December 2019, The Witcher was released on Netflix to praise from critics and fans alike. A second season of the show was confirmed before the first episode aired.

Blizzard has also moved to small-screen adaptations. Last month, animated programmes for both Overwatch and Diable were confirmed to be on the way.

Naughty Dog has a second franchise looking to be adapted - Uncharted. However, Nathan Drake's big-screen debut continues to be delayed as it lost another director earlier this year.