The Uncharted film loses yet another director 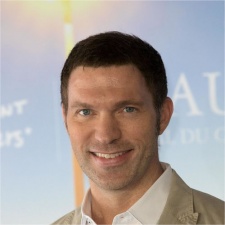 As reported by Deadline, Travis Knight (pictured) - known for Bumblebee - has stepped away from the project due to Tom Holland's Spider-Man schedule.

The conflicts in filming have placed a crunch on Uncharted, something Knight refused to take part in. Without a director, the film once again has no confirmed release date.

Before Knight, Dan Tractenberg was in the director's seat. He was preceded by Shawn Levy, Seth Gordon, David O. Russel and Neil Burger.

However, Sony is still determined to complete the movie with a new director and timeframe. Holland is still set to take on the role of protagonist Nathan Drake.

Plans for an Uncharted film were first announced in 2011, since then, the project has faced countless setbacks.

Uncharted is based on the PlayStation exclusive series of the same name, it is developed by Naughty Dog - also known for Crash Bandicoot, Jak and Daxter and The Last of Us.

Over the years there have been several games to film adaptations, including Resident Evil, Silent Hill, Angry Birds and Detective Pikachu. Last month, The Witcher TV series was released on Netflix.

In November 2019, it was confirmed that the Halo TV programme had entered production. Meanwhile, the long-awaited The Division film is still in its script stage according to director David Leitch.

Ubisoft is making a film about old people playing esports