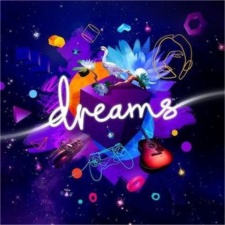 PS4-exclusive game creation title Dreams is not in development for PC.

Speaking to Video Games Chronicle, the creative director of developer Media Molecule Mark Healey expressed his interest in bringing Dreams to PC further down the line. Currently, the game is only available on Playstation 4.

“I think that would be cool,” said Healey.

“I mean obviously Sony have an opinion about that but yeah, I think, I don’t know where it’s going to go in the future, I mean it would be great to see that.

“That’s not something that’s happening right now,” he continued, “but I think a lot of that depends on where the games industry goes in general, I suppose.”

“I mean I think Sony have become more open recently to publishing stuff on the PC in general anyway, haven’t they? Isn’t there some stuff that’s happening, I’m not sure?”

When asked about the future of dreams, and if it would come to the PS5 once its released, Healey claimed that he would like to see the game have continued success on PS4 first.

“Obviously at the moment we’re focused on PS4 and I would actually hope that it extends the life of the PS4, to be honest with you, then maybe when other companies start making games for it, the community will carry on making games for it, but if it’s as successful as we hope it is then it’s an obvious progression," said Healey.

“You know, it’s a platform, so ideally in the future we’ll migrate to whatever is relevant,” Healey continued. “That’s probably about as much as I can say without getting smacked by someone.”

Last month, it was reported that the widely popular PS4 exclusive Horizon Zero Dawn could be coming to PC. It has been a long time since Sony Interactive Entertainment has published a title on a different platform to PlayStation.

Reply
Lance Johnson
What made you think that Dreams and Sony would be a good mix? Sony is way behind in game modding (they actually are still at the starting line). Sony Playstation is for watchers, not doers, it is for people that dislike change. Basically, they are like an Apple community who sacrifice freedom for stability. "Get in line, and pay us to tell you what to do." That is Sony. PC gaming and modding is at an all time high. Fallout 76 has failed because it cannot be modded (at least not to the extent of FO4 or Skyrim). I envy the creators that make a Dreams-like game for PC. Sony isn't out of the story though, just as Apple still exists today, you will always have the "watchers" that need to watch movies disguised as games.
Posted 1 year, 8 months ago