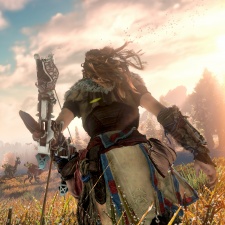 PlayStation 4 title Horizon: Zero Dawn is apparently going to be coming to the Epic Games Store and Steam at some point this year.

That's according to Kotaku, which cites people familiar with the matter, saying that Sony is bringing its 2017 PS4-exclusive to PC. This would be the first title published by Sony Interactive Entertainment to come to another platform in a long time.

It's also not outside the realm of possibility that the game could make it to PC, either. Kojima Productions' Death Stranding was building the same engine as Horizon - Guerrilla's Decima - and is coming to PC at some point during 2020, too, with 505 Games publishing the title.

Since its American release in February 2017 and March 2017 in PAL regions, the game has shifted more than ten million copies as of February 2019.

Given that platform boundaries aren't quite as rigid as they used to be, it's also possible that Sony will want to bring this first-party release to other platforms, too. Its big rival, Microsoft, has started to do this sort of strategy, but that company also has a heritage in the PC market as well as console.

Uncharted 4 could be latest PlayStation exclusive to come to PC