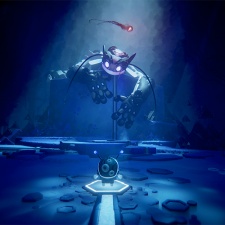 That's according to the developer's co-founder and art director Kareem Ettouney, as reported by GamesIndustry.biz, who said that the studio would love to bring projects from its recently-released creation title Dreams to other platforms.

While there is no commercial license in place for Dreams yet - as Ettouney said - it is something that the studio is looking into.

"We want people to be able to go to the moon with their projects," he said.

He continued: "The very limited exporting features the moment are like exporting a video, but we have in the long-term [plans for] exporting a standalone game outside of Dreams entirely -- exporting to other devices and beyond.

"But step one is to show our intent -- so that from the very beginning we are doing this commercial concept, which means that everything you do in Dreams is yours. You can use it. People in the Dreams community have already been using it to make graphic design, album covers and stuff like that. Using it for their portfolios and showreels.

He added: "Totally, the answer is yes. We have plans, features and dreams [of our own], and we hope to make it go to the 11th degree, so that people can celebrate their creations completely."

Dreams launched into Early Access in April 2019 with a full release yet to be confirmed.