Uncharted 4 could be latest PlayStation exclusive to come to PC 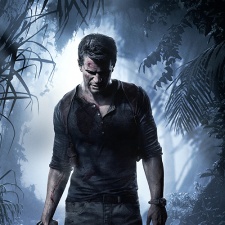 PS4-exclusive Uncharted 4: A Thief's End could be coming to PC in the future.

That's according to a presentation from Sony's Investor Day, in which the Japanese corporate giant discusses "new growth vectors" for its first-party PlayStation Studios line-up.

As part of this, the company mentions that it plans to bring more of its games to PC, with Uncharted 4 sitting alongside Horizon Zero Dawn – which came to PC in 2020 – and Days Gone. That title launched on PC on May 18th and was the best-selling game on Steam for the week of its release.

The thinking behind Sony's PC strategy seems simply; for Horizon Zero Dawn, it claims to have seen a 250 per cent return on investment, in addition to bringing the game to new fans. This is also part of a strategy to "target new geographies", which in English means launching its IP in regions that haven't historically been huge console markets, such as India, China and Russia.

Uncharted 4 launched back in 2016 and has sold in excess of 16 million copies.