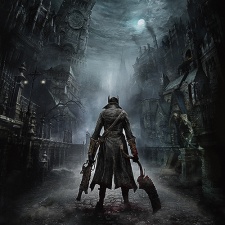 PlayStation maker Sony Interactive Entertainment and Sega have said that Bloodborne and Persona 5 will not be coming to PC.

This follows PC releases for a number of console-exclusive titles appearing on Amazon's French storefront. PS4 exclusive titles including Sony-published Bloodborne and Days Gone and Sega's Persona 5 were reportedly coming to the platform.

“The listings are not accurate," Sony told IGN.

"We have made no announcements to bring these games to PC.”

Meanwhile, a Sega spokesperson told PC Gamer: "That listing is an error and we’re looking into having it taken down and how it happened."

The listings attracted a fair degree of attention. They came after 2017 PlayStation 4-exclusive Horizon Zero Dawn from Guerrilla Games was revealed to be launching on PC earlier this year. Death Stranding from Kojima Productions is also making the leap to computers with 505 Games handling publishing duties for this platform. That's set for a June release.

That project was previously a PlayStation 4 exclusive, though when Kojima Productions was unveiled in December 2015, there was mention of the studio's first project launching on PC at some point. That was scrubbed from the announcement blog post.

Horizon Zero Dawn launching on PC might be tied to Death Stranding coming to the platform. Both were built using Guerrilla's Decima game engine.

There has also been speculation that Naughty Dog's The Last of Us Part 2 could be coming to PC thanks to a job ad posted in January of this year.