Learn about the future of the market with 2020: A Games Revolution at Big Screen Gaming 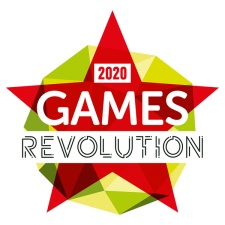 Big Screen Gaming will make its debut in London after a successful outing in Helsinki, and is the successor to previous years’ PC Connects. It’s the partner event to Pocket Gamer Connects London, and it covers all the latest trends in the business of PC and console games.

We continue our rundown with 2020: A Games Revolution track, sponsored by Green Man Gaming.

10:00: First up is Team17’s Debbie Bestwick and Drake Star Partners’ Michael Metzger with a fireside chat in which Bestwick shares her learnings from Team17’s ups and downs to become a major London Stock Exchange listed developer and publisher of indie games.

10:20: In January 2020, the Royal Mail launches a collection of official stamps celebrating the best retro games developed in Britain. It’s a timely reminder that the last 30 years has seen genuine games industry legends emerge in the UK – most of whom are still working in the business today. Tower Studios’ Jon Hare shines the spotlight on the big names from three decades of British Gaming.

10:40: Join Paradox Interactive’s Kim Nordstrom and our very own Sophia Aubrey Drake as they look at Paradox’s future and strategy on a five-year perspective.

11:00: Developing a game is hard and working with others is even harder. Collaborating with another studio or publisher adds another layer of complexity. Riot Games’ Leanne Loombe leads a session to help studios find and maintain their unique identity while also leveraging the benefits of a publisher to make their best possible product. Leanne will give real examples of how a studio, or developer, can position themselves to be the best possible candidates for collaboration.

11:20: Roll7’s Simon Bennett leads a session giving insights into five years of Roll7’s experience of the cloud and best practice across a number of studio functions.

11:40: Exploring an imaginary world is one of gaming’s great pleasures. Developing an authentic world with commercial potential can attract investment and be the foundation of your company’s long-term success – both critically and commercially. But how to do it? Based on experiences with independent developers, Leverage’s Christian Fonnesbech will share the creative and business-related foundations of World Building.

12:00: China accounts for around half of the world’s PC games revenue, and is the global leader in Esports with more than 90% of Esports viewers worldwide. Greater Southeast Asia is the world’s fastest growing market for PC games revenue as well as the fastest growing market for Esports. Because of this strength, the market for console games is often overlooked although success here can be very profitable. Niko Partners’ Daniel Ahmad outlines the reasons for the strength of the PC game, Esports, and console markets in the region as well as the factors driving and inhibiting future growth.

12:40: And to wrap up the track, AirConsole/N-Dream AG’s Alice Ruppert discusses what platforms and publishers want from development studios.

This is just a small teaser of all the content we have to offer of the full six-track lineup at Big Screen Gaming, which is also joined by partner events Pocket Gamer Connects and Blockchain Gamer LIVE!

Check out the full 25-track conference schedule to see the full range of impressive speakers attending. Remember all these speakers, and the people who have come to see them, will be available to meet through the free Pitch & Match meeting system.

Like what you see? Then make sure you grab your tickets for Big Screen Gaming now!