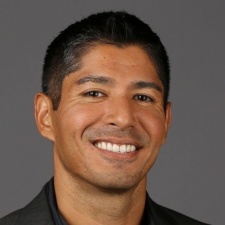 Sony has launched a new production studio to bring PlayStation IP to film and television.

An exclusive at The Hollywood Reporter revealed that PlayStation Productions, a new division at Sony Interactive Entertainment, will be working with Sony Pictures to create film and TV adaptations of the company’s catalogue of video game IP.

Former VP of marketing for SIE of America Asad Qizilbash (pictured, above) will lead the new studio, with oversight from SIE Worldwide Pictures chairman Shawn Layden.

"Instead of licensing our IP out to studios, we felt the better approach was for us to develop and produce for ourselves," said Qizilbash.

"One, because we’re more familiar, but also because we know what the PlayStation community loves."

Sony cited Marvel as a source of inspiration for the studio, while also crediting the comic creator with creating a film landscape more accepting of bringing geeky media to the big screen.

Layden added: "It would be a lofty goal to say we’re following in [Marvel’s] footsteps, but certainly we’re taking inspiration from that."

PlayStation Productions has been set up to give Sony absolute control over the particulars of production, nailing down the right directors, writers and actors for a project.

But there’s a precedent for poor performance in game adaptations. Even with developers deeply involved in the production, recent outings like Assassin’s Creed and Warcraft fell flat with critics and audiences.

This isn't the first time that PlayStation has been involved in film and TV production. PlayStation Originals was a collaboration between Sony's games and picture arms and was involved in superhero TV show Powers - which was announced in 2014 and launched in 2015 - as well as the 2016 film adaptation of Ratchet and Clank alongside a tie-in PS4 reboot. The poor performance of that movie saw the division closed down.

Fingers crossed this new outfit lasts a little longer than that one!