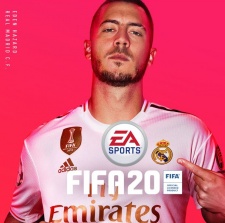 As reported by GI.biz, the title was once again No.1 ahead of Activision's Call of Duty: Modern Warfare, which clocked in at second place. Since launch, FIFA has been in the top spot for six weeks, to the surprise of mostly no-one.

Fellow EA title Jedi: Fallen Order charted in fifth place, the same position it held the week before. This follows a seemingly strong performance from the Star Wars game, with publisher EA releasing a rather vague statement about the title's strong sales.

This chart doesn't include all publishers and countries within the region.