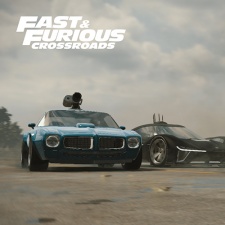 Racing specialist Slightly Mad Studios is working on a game based on film franchise The Fast and the Furious.

The title, Fast and Furious Crossroads, was announced last night at The Game Awards and is set to release in May 2020. The project is a "team-based, vehicular-heist" game that's launching on PC, PS4 and Xbox One.

"As huge fans of the franchise, it's an honour to be able to expand the Fast & Furious franchise into the world of video games with a brand new story, the introduction of a new crew with ties to beloved characters, and iconic and stunning set pieces," Slightly Mad's chief creative officer Andy Tudor said.

"With Easter eggs throughout for fans and an intense multiplayer experience, Fast & Furious Crossroads is a thrilling collision course that puts players behind the wheel."

SVP of production for games at IP owner Universal Jim Molinets added: "Fast & Furious remains one of the most beloved franchises of all time and continues to innovate in extraordinary ways. Fast & Furious Crossroads is an authentic experience that stays true to the series by amplifying the signature elements that fans love - a star-studded cast, high-stakes story, over-the-top action, deep family ties and, of course, fast cars."

This follows Slightly Mad being purchased by British racing giant Codemasters last week. It also comes in the wake of the studio announcing that it was going to be launching a console this year which promised to be both, erm, fast and furious. This appears to have been axed with investors pulling out in the wake of Google announcing its Stadia cloud streaming platform, while the trademark for the hardware met resistance from similarly-named games firm in France.

Check out the trailer for The Fast and Furious Crossroads below: