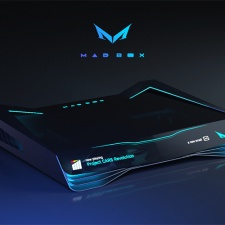 You might remember that at the start of 2019, the developer behind the Project CARS racing franchise Slightly Mad revealed it was working on a games console.

Dubbed the Mad Box, this boasted a ridiculous spec sheet, while CEO Ian Bell promised price on par with consoles. However, it's possible that the hardware won't be going under this name anymore.

However, on March 25th, a French casual games company called Madbox filed an opposition to Slightly Mad's trademark, saying that there "exists a likelihood of confusion on the part of the public". Opposition is a three-month period in European IP law following the publication of a trademark application where other companies have the chance to raise concerns - including similarities or potential for confusion - before a trademark is granted.

What this means for the Mad Box name isn't clear. There are a number of reasons why Slightly Mad would withdraw its application - it might have come to some agreement with Madbox or might even have decided it wasn't worth the fight.

Whatever the company's console is called, it's likely to not be Mad Box.

We've reached out to both Slightly Mad and Madbox for this story; neither has replied.