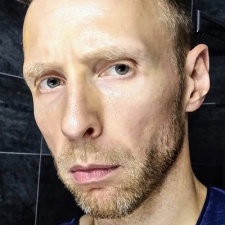 The Onrush developer announced via Twitter (below) that he had joined Project CARS maker Slightly Mad Studios. What's more, he is working in a game director capacity on an unannounced project.

Given Slightly Mad has focused entirely on crowdfunded racing series Project CARS it's likely Rustchynsky is working on a new entry in that franchise. Though given his speciality in coming up with interesting new takes on the genre, it's entirely possible he's working on something new.

Rustchynsky joins having been laid off from Codemasters following the less-than-stellar performance of Onrush.

The developer moved to Codemasters following Sony closing Evolution Studios in 2016 in the wake of DriveClub also failing to make the numbers. His team was snapped up by Codemasters.

Today is the beginning of my new adventure at Slightly Mad Studios!

I'll be joining as Game Director on a project & I can't wait to share more about what's to come :)#NewJob #FirstDay @slightlymadteam https://t.co/mAajfGrOJT pic.twitter.com/LFTT5up9NH