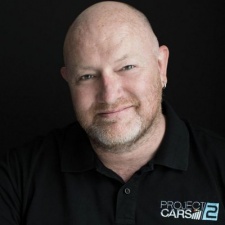 In a slightly bizarre move, the developer of racing sim Project CARS Slightly Mad has announced that it is making a new console called the Mad Box.

Word of this fresh hardware came via the studio's CEO Ian Bell, who tweeted via a newly-created account, saying that the firm was making "the most powerful console ever built", with the capability of playing VR at 60FPS as well handling 4K resolution. That's on top of a free engine to make games on.

All of which sounds, well, mad. But it all appears to be true. Speaking to Variety, Bell said the hardware would be the equivalent of a top-end PC in two years time.

The firm has a few investors putting in cash to help fund the project, Bell said.

“We have multiple investors already offering the required funding for us to see the product to completion, but it’s still early days and we’re looking at the best offers right now,” he said.

“All that we have approached are discussing standard partial ownership investment deals.”

Furthermore, this is going to be a reasonably priced machine. Well, "competitive with upcoming console prices", so between $400 and $500, we'd presume that means.

We'll see more of what this new machine will look like in a month or two's time.