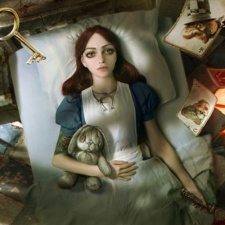 Incredibly-named developer American McGee has been hit with a copyright strike on YouTube for playing his own game Alice: Madness Returns.

The creator took to Twitter (below) to call out the Google-owned video platform which followed him doing a number of let's play series for Madness Returns over several years. Rather hilariously, YouTube replied on Twitter with a generic message about how to complain about a wrongful copyright claim... before McGee responded pointing out that his name is literally on the box.

The copyright strike came from an organisation called Illustrated Sound Music (ISM), who has also hit a number of creators.

ISM has apologised on Twitter (below), saying that it is now working with YouTube to try and fix whatever issues it has.